Eat This, Not That for Keto 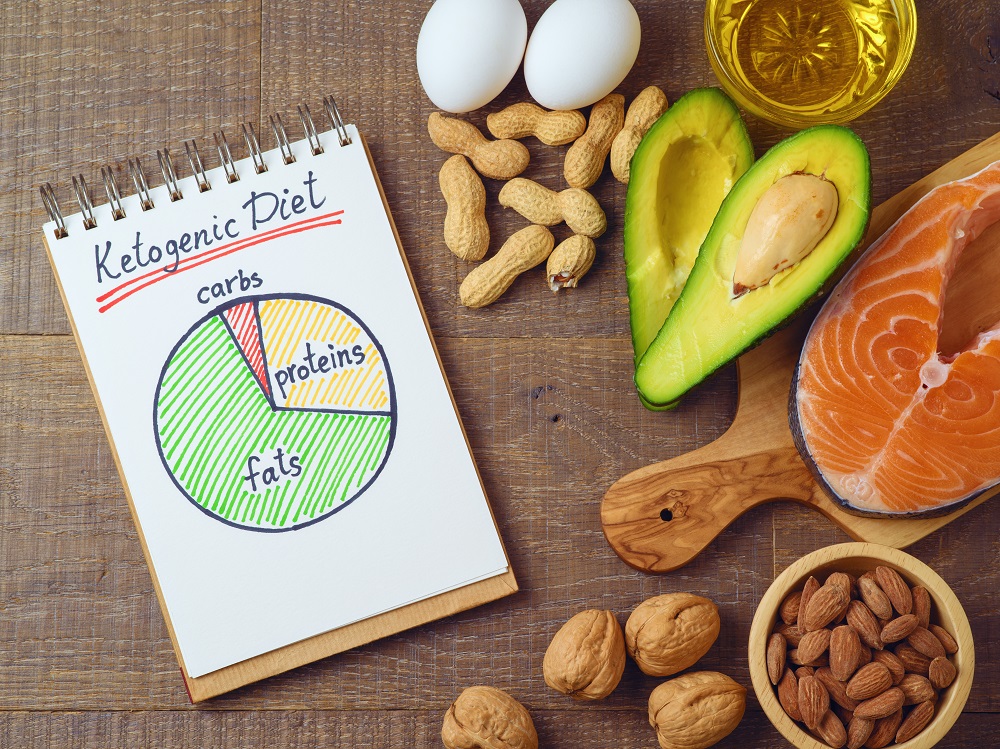 A lot of people are hesitant to start a new diet because they’re worried that they won’t be able to eat their favourite foods anymore. However, there are some simple ingredient swaps that you can make when preparing your favourite recipes that will allow you to stay in ketosis while still satisfying your tastebuds!

The key to a ketogenic meal is reducing the number of carbohydrates that you’re eating. Carbs pop up in a lot of recipes (especially comfort foods!) but the good news is that you can make some fairly simple substitutions to cut down on the number of carbs in your recipes.

Let’s take a look at some of these easy swaps.

Spaghetti Squash or Veggie Noodles (Instead of Pasta)

There are so many delicious pasta dishes out there; it’s classic comfort food! However, most kinds of pasta are loaded with carbohydrates, sometimes packing a whopping 14 grams of carbs in a single serving.

For some of us, the thought of giving up our favourite pasta dishes is an insurmountable obstacle to sticking to a keto diet. However, there are ways that you can still enjoy your favourite pasta dishes without leaving ketosis. Simply replace your noodles with spaghetti squash or vegetable noodles and prepare the rest of the dish in the same way. This swap has never been easier, as you can often buy pre-spiralized vegetable noodles at the grocery store.

Almond Milk (Instead of Dairy Milk) 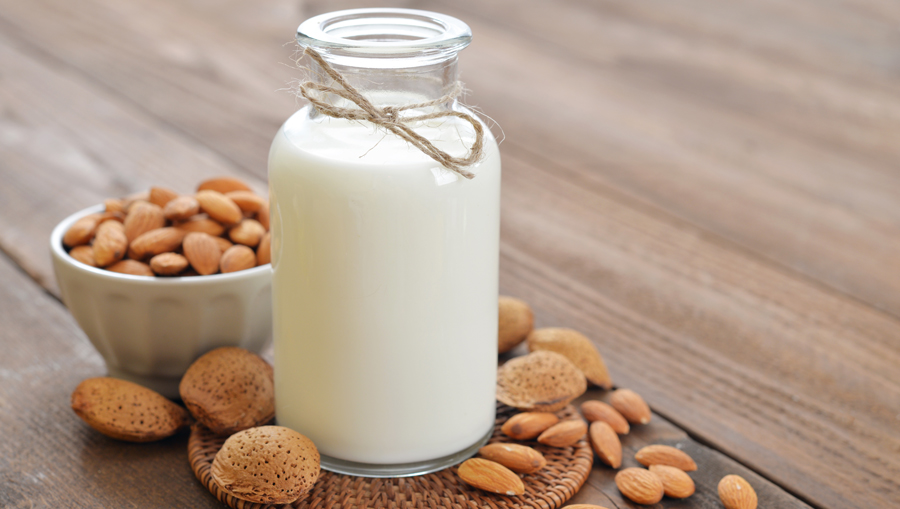 When you think about carbs, dairy products probably aren’t the first things that come to mind. However, it’s important to remember that dairy is often loaded with carbs and sugar. A single serving of cow’s milk averages around 12 grams of carbohydrates and 12 grams of sugar.

Luckily, you can replace the dairy milk in your favourite recipes with healthier alternatives. Almond milk has become popular lately with those following a vegan lifestyle, and it can be just as useful for those of us trying to stay in ketosis.

Almond milk tastes great and only has 1 gram of carbs and no sugar!

Coconut Oil (Instead of Vegetable Oil)

A lot of people think that oils are your enemy when it comes to losing weight and being healthy. Oil is typically associated with fat, and during a diet, fat can be a dirty word. However, in reality, fat is an essential part of any diet and nutrition plan. The key is to make sure that you are including good fats in your diet.

Coconut oil is one of the healthiest cooking oils around. It contains only good fats and is low in carbs. It is also packed full of the vitamins and nutrients that you need to keep your body functioning at peak performance.

Cauliflower Rice (Instead of Regular Rice)

Rice is a healthy food, right? Rice does have it’s nutritional benefits, and it’s a popular choice among athletes while they’re training. However, the benefits of rice do come with a price tag when you’re on a keto diet: about 46 grams of carbs per serving! That is a huge amount for such a tiny grain.

Portobello Mushrooms (Instead of Buns)

There’s nothing simpler than putting together a yummy sandwich when you’re on the go. However, one look at the nutritional label on your favourite brand of buns will probably make you have second thoughts. Bread and rolls are some of the biggest keto offenders. A plain hamburger bun can have over 20 grams of carbohydrates.

A simple swap that you may not have considered is using portobello mushrooms in place of those starchy buns. They have a great, earthy flavour and 2 of them only have a little over 1 gram of carbs. They are a great way to add flavour and nutrients to any sandwich.

Lettuce (Instead of Tortillas) 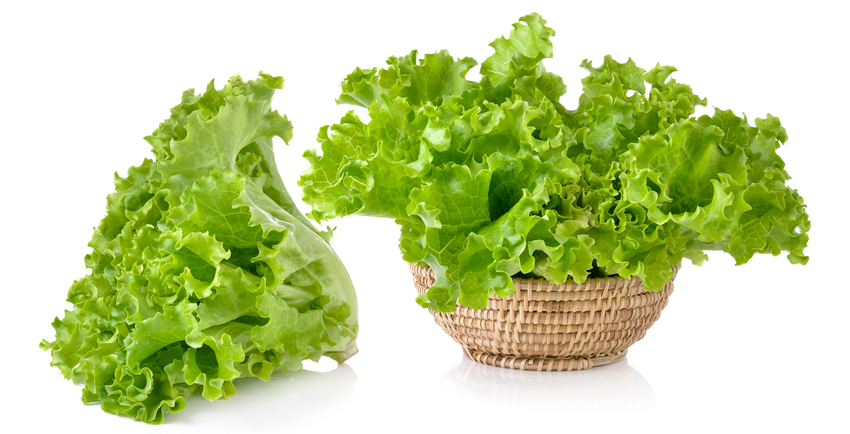 Tortillas are another grain that can sabotage a keto diet. A single corn tortilla can have as many as 13 grams of carbohydrates. Wraps can be a great, tasty option if you’re looking to get healthier: they are filling and can be loaded with nutritious and great-tasting vegetables, but those tortillas on the outside are no good for staying in ketosis.

A simple way to still enjoy wraps or burritos is to substitute a lettuce leaf for your tortilla. The carbs and fat in a piece of lettuce are minuscule, so you can enjoy a great tasting wrap without the guilt.

Almond Flour (Instead of White or Wheat Flour)

Flour may well be the first thing that you think of when someone mentions carbohydrates, and for good reason: one cup of wheat flour contains a massive 95 grams of carbs! This is a major problem, as flour is an important component to a lot of different recipes. This is especially distressing if you’re someone who loves to bake.

However, there is a substitute product out there that can save you: almond flour. This flour, made of ground almonds, only has around 24 grams of carbs in a cup. Used sparingly, this flour can be great for keto-friendly recipes.

Stevia (Instead of Sugar)

If you have a sweet tooth, cutting back on sugar can be one of the toughest parts of the keto diet. Sugar can be dangerous to any diet, and keto is no exception. A mere 2 teaspoons of sugar have around 30 calories and 8 grams of carbohydrates. That means that a tiny amount can be a big diet saboteur.

Stevia, on the other hand, only has about 5 calories and 1 gram of carbohydrates per 2 teaspoons. Plus, stevia is actually sweeter than sugar, so you can use a smaller amount and still get the same great taste.

Mashed Cauliflower (Instead of Mashed Potatoes) 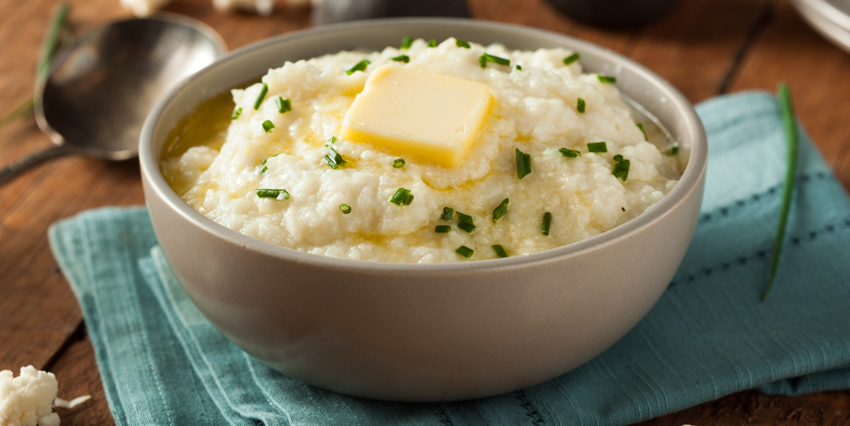 Cauliflower is making another appearance on this list! This time, cauliflower is replacing another of your favourite comfort foods: potatoes. Potatoes are great in just about any form, but mashed potatoes are certainly one of the most popular dishes out there. Unfortunately, one small serving of potatoes probably contains at least 15 grams of carbohydrates and 80 calories! Sadly, that means that potatoes are probably not a good menu item for the keto diet.

Cauliflower, surprisingly, can be swapped out for potatoes as your holiday side dish. Cauliflower can be boiled and mashed just like potatoes and has a similar taste. Best of all, a similar portion size had ⅓ the carbs and calories, making it a great choice to keep you in ketosis.

Kale Chips (Instead of Potato Chips)

Sometimes in the evening, you really need a salty snack. Potato chips are probably one of the first things that come to mind. They’re quick, convenient, and tasty. Unfortunately, potato chips are not a healthy option. They’re typically loaded with bad fats and average about 15 grams of carbohydrates per ounce.

You may be skeptical about this one, but baked kale chips can actually be a great substitute for potato chips. They are loaded with nutrients and only have about 6 grams of carbs per ounce. There are tons of easy recipes out there (such as this one) for making them yourself, and you can even buy them premade for a convenient snack.

Eat This, Not That for Keto was last modified: March 10th, 2019 by Brad Russell